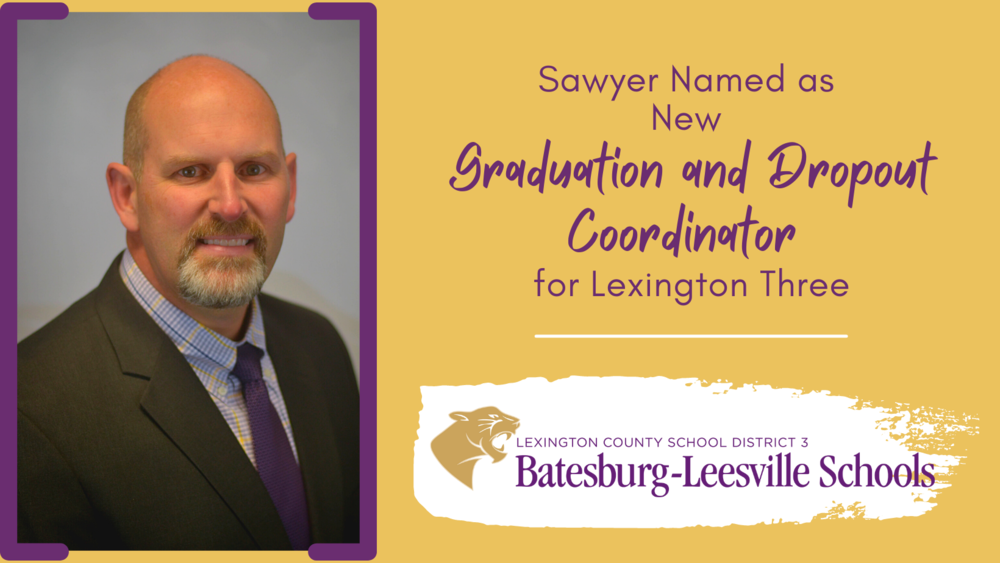 During a special called meeting on Tuesday, July 13th, the Lexington County School District Three Board of Trustees approved Grig Sawyer as the district’s Graduation and Dropout Coordinator. The new position, which is being funded through Lexington Three’s ESSER (Elementary and Secondary School Emergency Relief Fund) allocation, is an integral part of the district’s plan to ensure all students stay on track for graduation and that Lexington Three continues to provide academic, social and emotional support for students and families who are experiencing hardships related to the COVID-19 pandemic. Specifically, Mr. Sawyer will work closely with Kindergarten through 12th grade students and families who are enduring school challenges as a result of truancy, behavior, or other social difficulties.

Mr. Sawyer has 23 years of experience in the field of education. He started his career at Pelion High School as a World Geography and Driver’s Education teacher before moving on to Laurens District 55 High School and Aiken High School where he taught Global Studies and US History, respectively. In 2006, Mr. Sawyer became a teacher at Batesburg-Leesville High School in Lexington Three. During his seven-year tenure at the school, he had many notable accomplishments including helping to start the school’s Freshman Academy, implementing an honors Western Civilization Course that eventually led to the school offering AP European History and being selected by peers in 2012 as the school’s Teacher of the Year. In 2013, Mr. Sawyer was named as the Assistant Principal of Batesburg-Leesville Middle School, serving in this capacity until his most recent promotion and aiding the school’s staff and students to earn distinctions such as the School to Watch Designation in 2020. In addition to leading students within the walls of schools across the western portion of South Carolina, Mr. Sawyer has also guided students on the courts and fields as a basketball, track, strength/conditioning, baseball, and football coach.

Mr. Sawyer and his wife, Stephanie, who is also employed by Lexington County School District Three, have three children--Ella (16), John (13), and James (11).